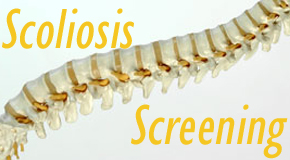 Angela Jones Doctor, BSN, RN, CPN, a nurse from children’s of Alabama who helps run the scoliosis screening program for many children in Alabama, defines scoliosis, who is at most risk and what to do if your child is found to have a positive screening. 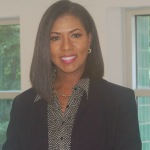 Angela Jones Doctor, BSN, RN, CPN, is a nurse at Children’s of Alabama. She earned her BSN at the University of Alabama, Capstone College of Nursing and is certified by the Pediatric Nursing Certification Board (PNCB). Angela joined Children’s of Alabama in 1994 and has been the coordinator of the School Scoliosis Screening Program for nearly 20 years. She recently wrote an article entitled, “Importance of Spinal Screenings during Adolescence” in the September issue of the Birmingham Parent Magazine. Angela is a member of the Board of Trustees at 6th Avenue Baptist Church and enjoys doing Sudoku for brain exercise.

Alabama law states that it is required for children in public schools in grades 5-9 (ages 11-14) to be screened for scoliosis on an annual basis.